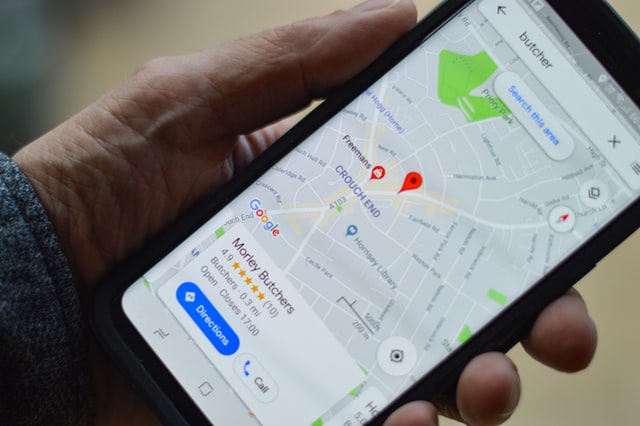 Each day, drivers depend on their GPS to get them to their final destination. As many drivers have discovered, relying on a GPS for directions can turn into a disaster. While the GPS device is an exceptional technological gadget that help millions of drivers get to their final destination, these devices can also get drivers into trouble if they are not careful. While GPS navigation systems are great to have, many drivers have discovered that these are not always reliable and can lead drivers into peril without any advance warning. It’s never a bad idea to check if you need a factory car navigation repair from time to time. As the drivers in the following stories discovered, relying on a GPS for directions can actually cause many problems.
image credit: Flickr

Although GPS devices do not always lead drivers down the wrong road all the time or encourage drivers to make illegal turns, these devices are not always perfect. In one such instance in New Jersey, a GPS directed a driver to make an illegal turn that resulted in a multiple car accident. Even though the GPS was responsible for the mistake, the driver received a summons for making an illegal turn. At the end of the day, drivers have to remain in control and decide whether they should make a turn or not.

Entering the wrong name into a GPS may lead drivers far from their original destination. As one couple discovered on a trip to Italy, misspelling Capri took them 400 miles away from their original destination to a town that was extremely different from the place they had originally planned to visit. Ultimately, it is up to the driver to make sure the information they enter into the GPS is accurate. However, even when the information is entered into the GPS correctly these devices are not always foolproof.

As one driver sadly discovered, trusting a GPS can actually cost you your life. After the GPS directed a driver to turn into the wrong driveway in Georgia, he was shot dead by the homeowner who feared that the driver and the passengers had come to invade his home. Unfortunately, trusting his GPS was the last and final mistake this driver ever made. As this case confirms, even when information is entered into a GPS correctly drivers often wind up at the wrong address anyway.

As one family and a visiting friend discovered, relying on a GPS when you get lost can actually lead you to a near death experience if you are not careful. After making plans to head out to Death Valley to visit a museum, the family soon discovered that they were lost. Although had reached their original destination without getting lost that day, they made the decision to veer off the original path to visit another destination. After getting lost on their way to the second decision, the family turned on their GPS confident that it would help lead them back to the highway. Unfortunately, they soon learned that relying on a GPS when you are lost is not always a great idea.

GPS Steers Tourists Into Mud and Water Instead of The Road

In another case, three tourists from Japanese discovered that relying on a GPS can be a bad mistake when traveling abroad. While visiting Australia, three Japanese tourists decided to take a road trip to North Stradbroke Island. Unfortunately, the GPS did not alert the driver to the fact that they would be soon be traveling over miles of mud and water. After trying to get back on the main road several times, the tourists were forced to leave their car due to perilous conditions.

At each of these stories confirm, drivers have to remember that GPS navigational devices are not always accurate. To make sure drivers get to their final destinations, drivers should always take the time to conduct research on how to get to and from their destination. This is true even if they plan on using their GPS. By taking the time to find out how to get to and from a destination before heading out, drivers have a better chance of actually making it to their destination.

Has anyone taken their road test in a smart car?